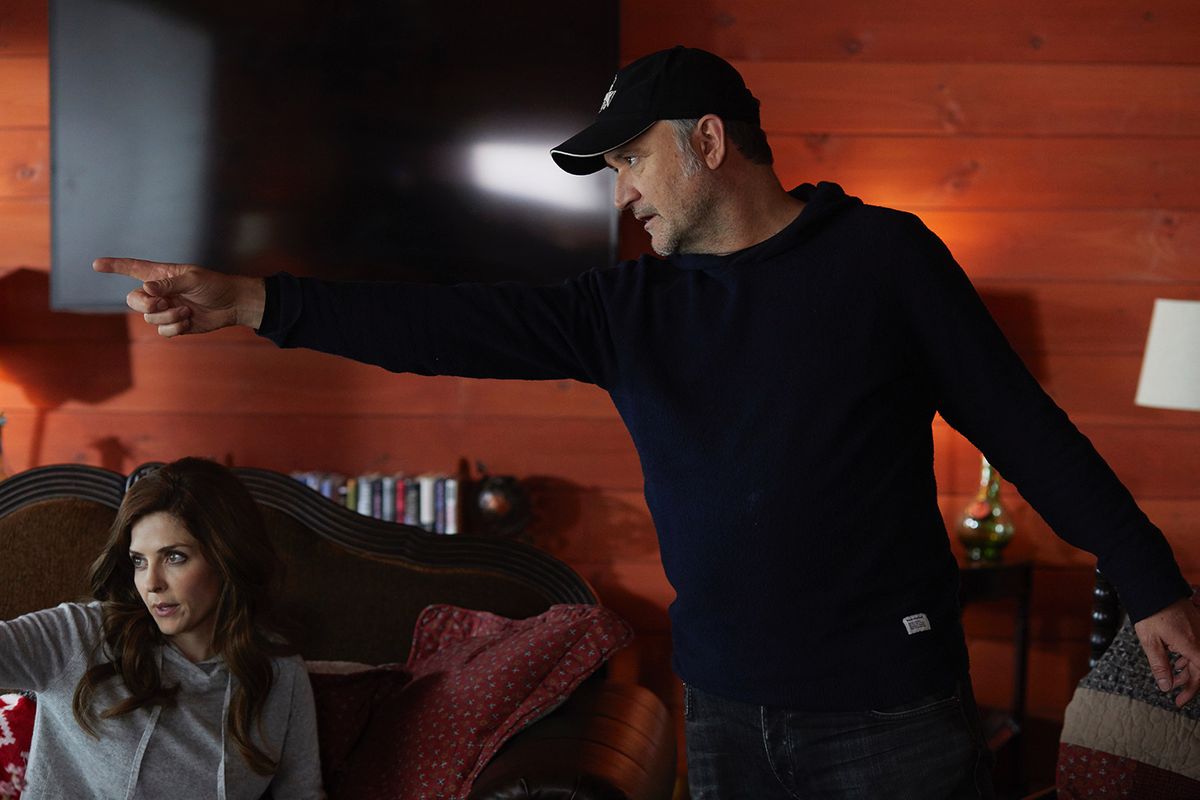 TW Peacocke's directing credits comprise over 200 television movies, mini-series and series for major networks across North America, including episodes of Schitt’s Creek, Pure, Haven, and Canada Russia ’72. He has won a Canadian Screen Award, a Directors Guild Award, and two Canadian Comedy Awards for directing. His experience as a producer, actor, writer and director of drama, comedy, sci-fi, 3D animation and documentary is a testament to his remarkable versatility.

He studied painting at the Banff Centre, French literature in France and has a degree in history from Yale, where he played Junior Varsity hockey. He also attended the MFA Film Program at New York University in 1983-84.

Born in Pittsburgh and raised in Edmonton, TW is a citizen of both Canada and the United States and speaks English and French. He has served as First Vice Chair of the Executive Board of the Directors Guild of Canada in Ontario and is a member of the Writers Guild of Canada.

Scroll down for resume... 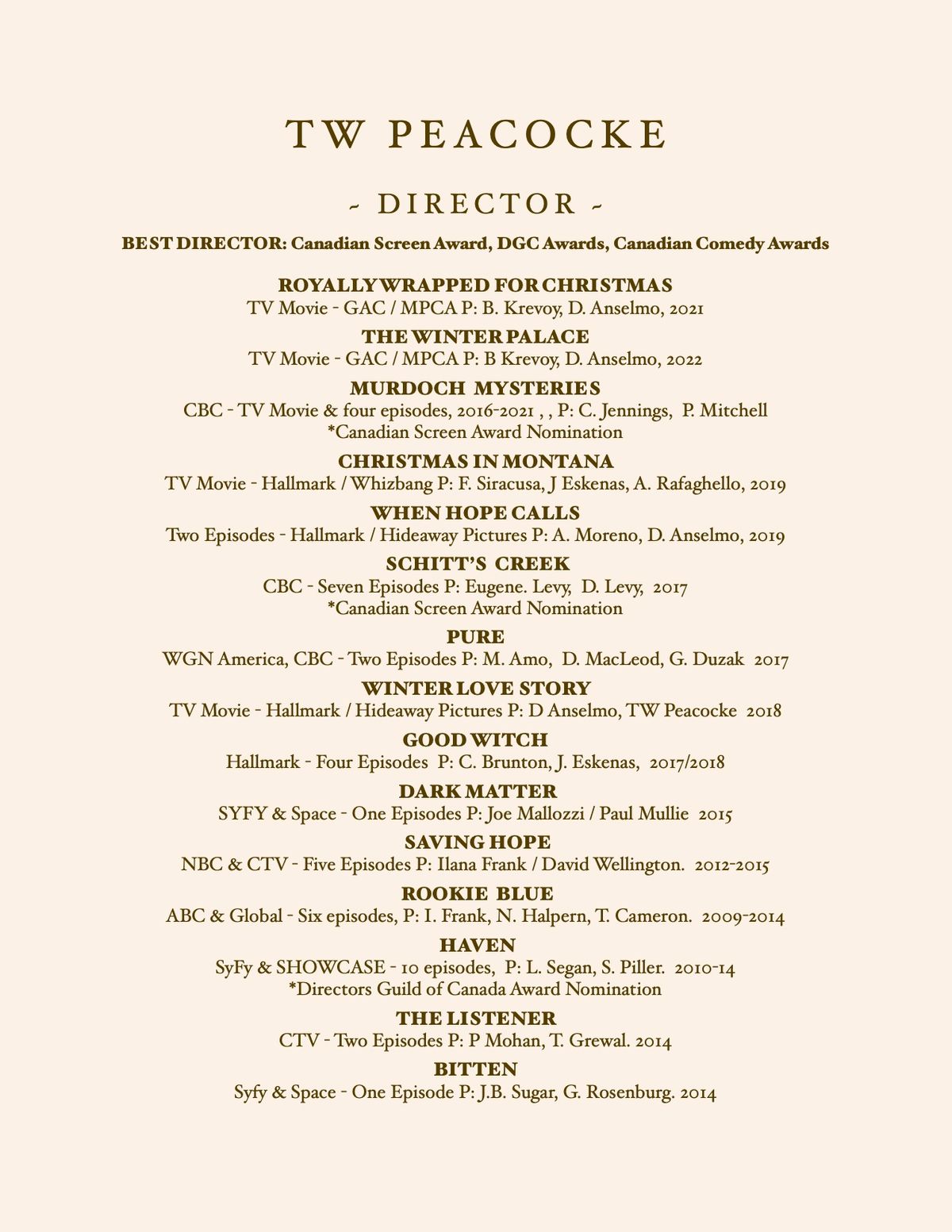 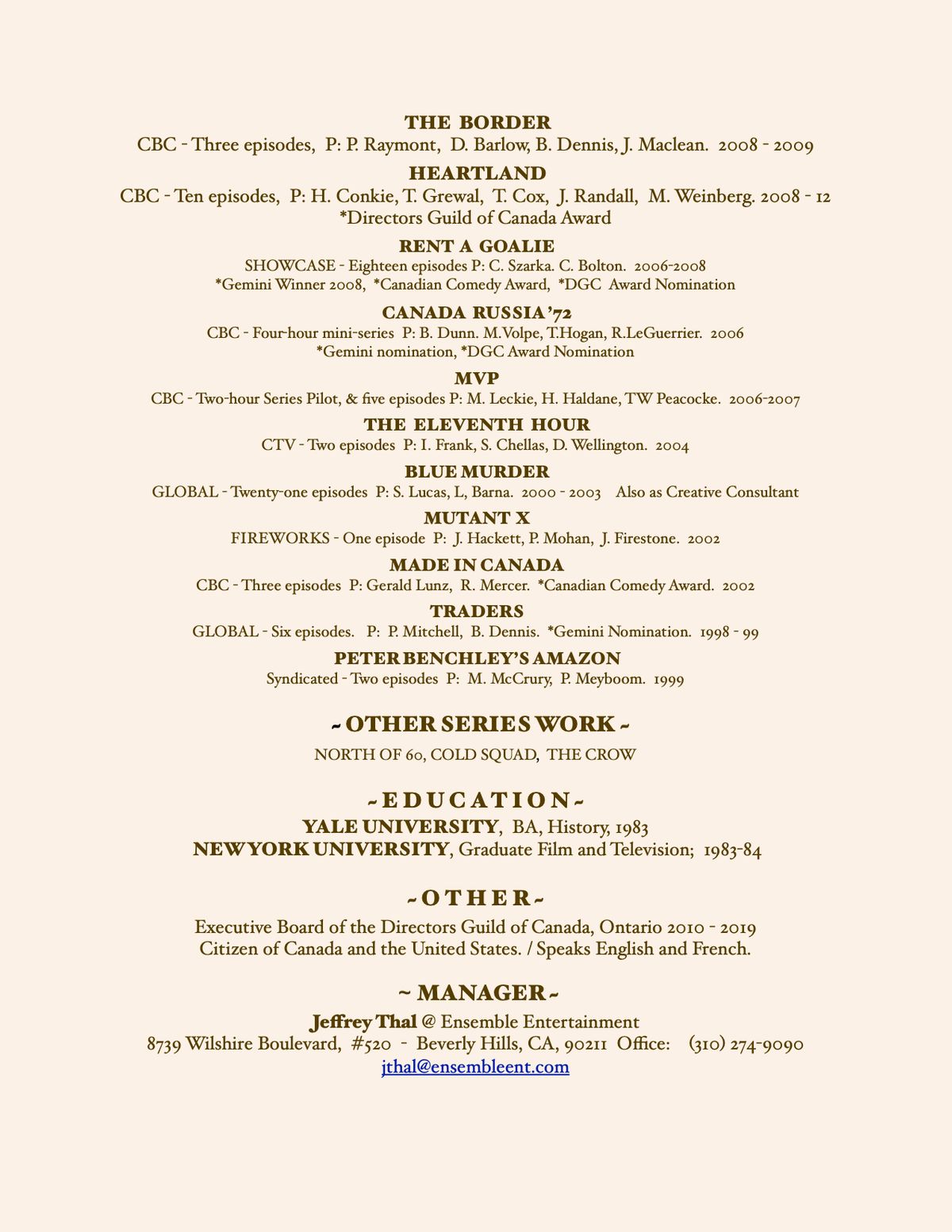